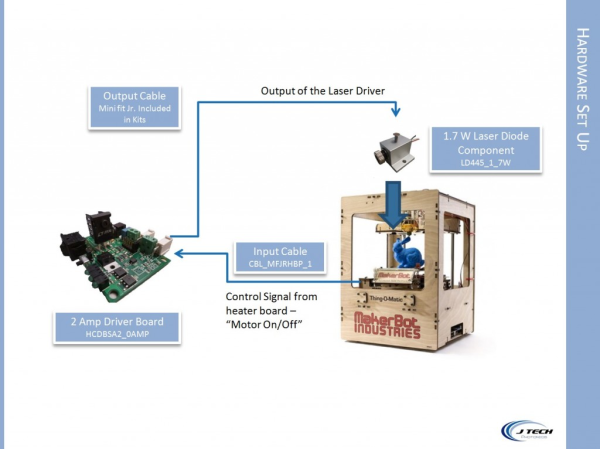 The most genius ideas are simple. The scientists from the Rice University discovered a new way of using a usual laser cutter. They transformed the device that destroys shapes into the inverse one that builds structures. The derived machine is a 3D printer.  Such a  printer can be successfully implemented in medicine where highly professional 3D printers cost hundreds of thousands dollars.

Having modernized the laser cutter the researchers got a Selective Laser Sintering (SLS) printer. SLS printer works in a different way than a usual consumer 3D printer. It doesn’t exclude material as in habitual additive manufacturing. It just heats the surface of material and melts it in order to fuse it together. In this way the laser deals with each layer of powder until the complex structure is made.  The action of SLS printer can be compared with creme brulee torch which is used to grow human bone using the same concept.

The scientists have spent only $ 2 000 for transforming the one device into another, that is extremely cheap for such class of printers. It took only several days to do such changes while the prospects of using the new 3D printer can be very promising for growing human organs in the future.

The printer works with nylon powder and polycaprolactone (PCL). This material is widely spread and biodegradable in the body. These two features make him an excellent biomaterial for organ replacement.

“We demonstrated that human mesenchymal stem cells were able to adhere, survive, and differentiate… on sintered and smoothed PCL surfaces, suggesting that Open SLS has the potential to produce PCL scaffolds useful for cell studies,” the authors wrote in their PLOS One paper.
Now we know the details and the prospects of this amazing research and can watch the video where the SLS printer makes the blood vessel network inside a mouse liver.